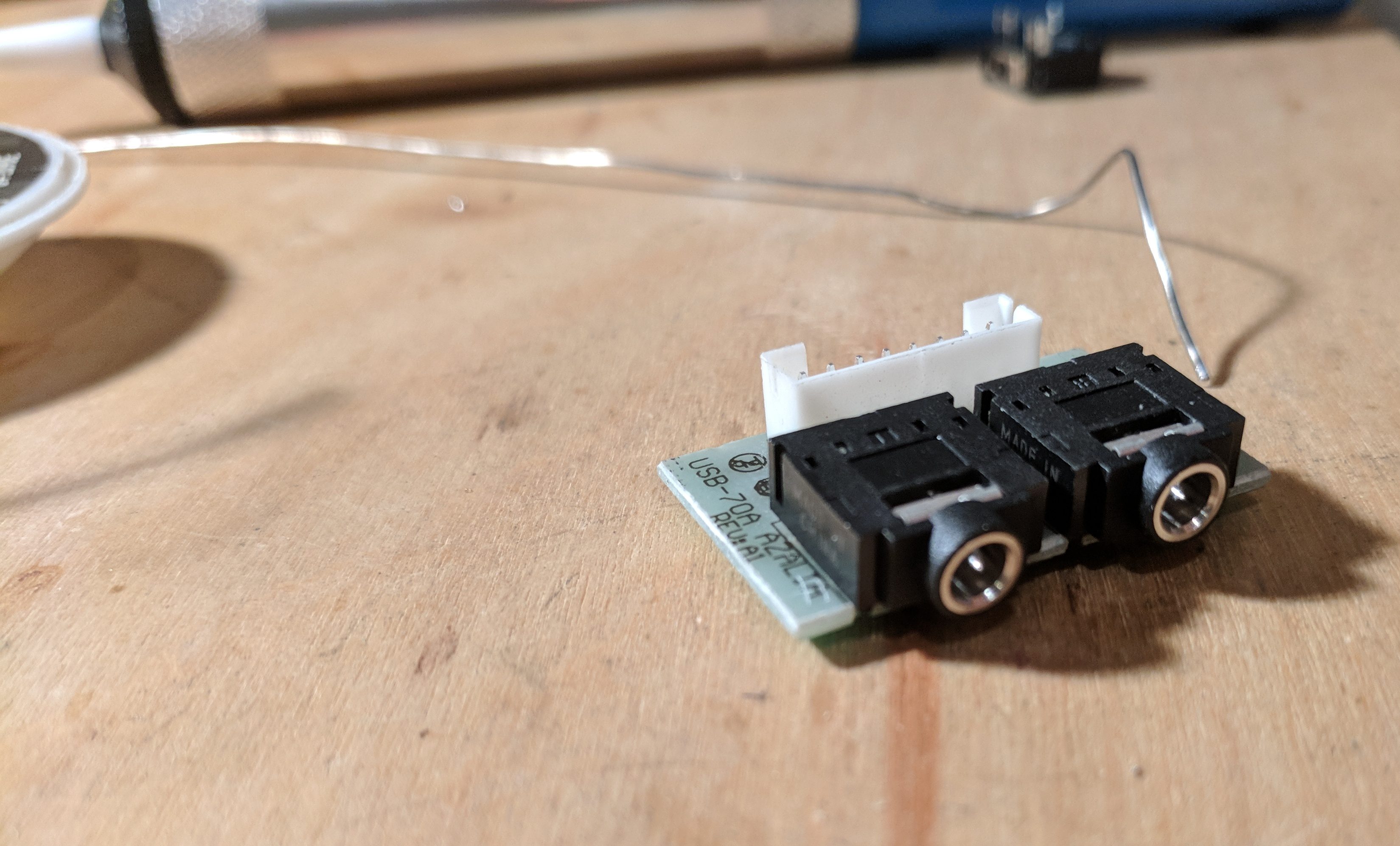 I’ve been using the Fractal Design R4 PC case for a number of years now. I love the design but the placement of the headphone jack leaves something to be desired. It is oriented vertically meaning that pulling on the headphone cable can easily break the port which unfortunately happened to me. Removing the front panel of the case reveals a small circuit board labeled “USB-70A AZALIA REV: A1”.

A quick search showed me that it’s not easy to find a replacement for this part so I decided to write up how it can be repaired.

The board consists of two headphone jacks and a pin header. The broken headphone jack needed to be replaced. The first step is finding the correct replacement part. Some searching reveals the CP1-3525NG-ND on Digi-Key. I always order inexpensive parts in multiples of 10 to get the price break and because it’s good to have spare parts around for future projects. 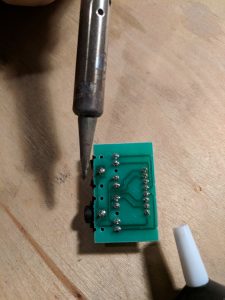 After removing the solder, gently remove the old headphone jack.

Solder the replacement headphone jack into place. Heat the pin using the iron and apply enough solder so that it flows into each via. 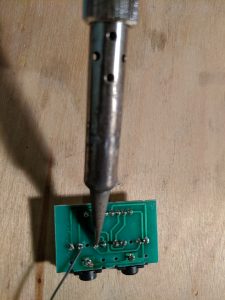 I ended up replacing both jacks because the replacements have a metal ring that looks more sturdy than the original.

Both my headphones and a microphone worked great after putting everything back together. I was initially worried that the pinout of the replacement jacks might be different than the originals but they turned out to be an exact match.

Calibrating the PCF8523 RTC without an oscilliscope